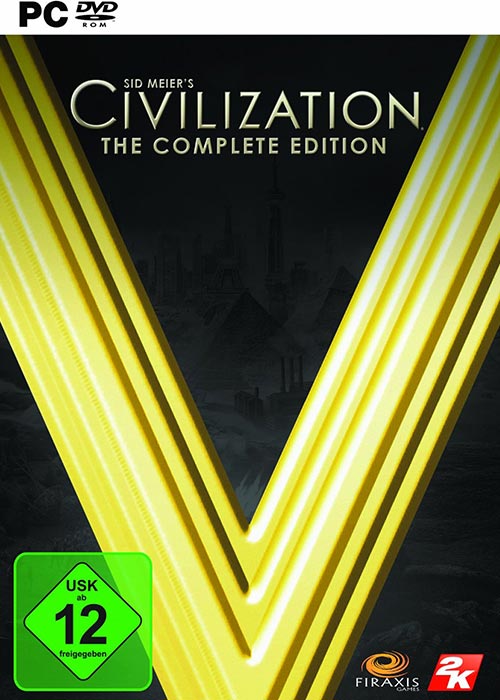 Tags: RTS SLG
Stock: In Stock
Quantity:
1-100
Product Description
Sid Meier's Civilization V is the fifth offering in the multi-award winning Civilization strategy game series featuring the famous "just one more turn" addictive gameplay that has made it one of the greatest game series of all time.

In Civilization V, players strive to become Ruler of the World by establishing and leading a civilization from the dawn of man into the space age, waging war, conducting diplomacy, discovering new technologies, going head-to-head with some of history's greatest leaders, and building the most powerful empire the world has ever known.